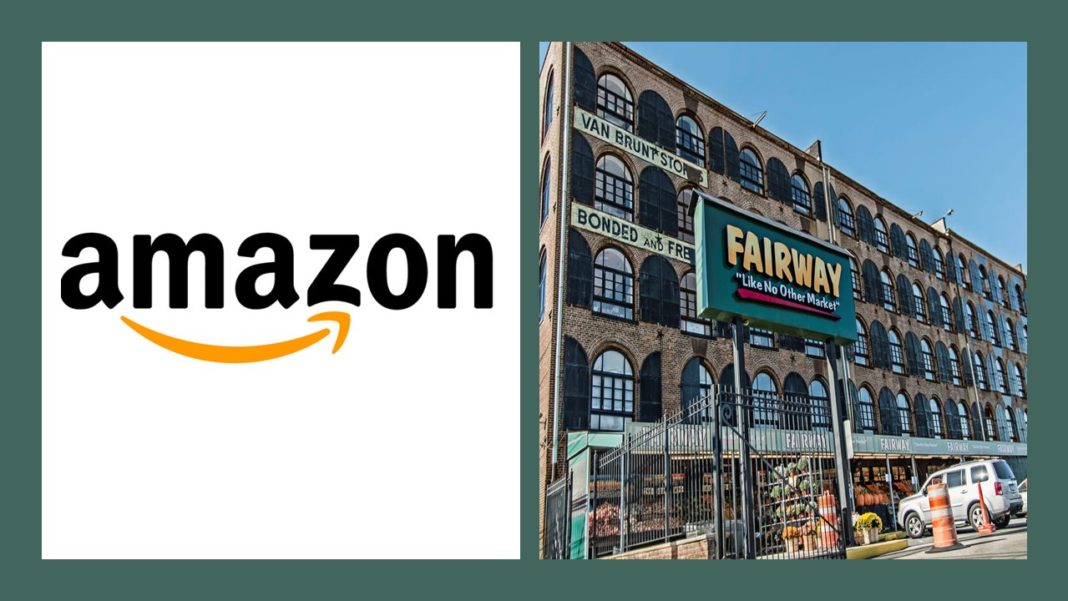 Amazon has reportedly bid on four Fairway Market units, whose 14 stores are currently being auctioned, according to the New York Post. What was supposed to be a live auction that was to begin on March 16 for all interested bidders for the bankrupt units, turned in an online event because of coronavirus health concerns. The virtual auction was held in the Manhattan office of Fairway’s attorneys Weil, Gotshal & Manges LLP.

According to court documents, 38 parties offered bids for the high-volume units. The names of the bidders were not released “due to the need to maintain confidentiality,” court document 314 revealed. It is expected that the winning bidders will be notified in AN “approval of asset sales” hearing on March 26.

The Pelham Manor location is the same one that was bid on a week earlier by Bogopa Enterprises, Inc. (Food Bazaar), the family-owned regional chain which operates 26 stores in Metro New York. On March 13, Bogopa entered an “overqualified” bid of $75 million for Fairway’s five Manhattan stores (Harlem, Upper West Side, Upper East Side, Chelsea and Kips Bay) and its new perishables distribution center (PDC) in the Bronx which opened in 2015.

That’s $5 million more than Village Super Markets, the second largest member of Wakefern Food Corp., bid for only the five Manhattan units and the PDC in late January, shortly after Fairway filed for bankruptcy protection on January 23. At the time of Village’s offer, the bankruptcy court granted the big ShopRite owner “stalking horse” status as the leading bidder.

This is the second time in four years that Fairway Group Holdings (Fairway Market) has filed for Chapter 11 bankruptcy protection in the Southern District of New York Bankruptcy Court. The first time was in 2016 after reaching a deal with lenders to cut roughly $140 million in debt.