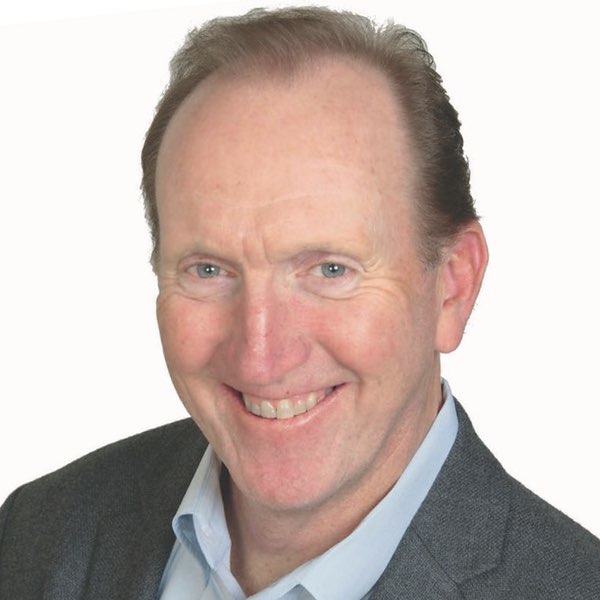 Greetings everyone and hope all is well. It looks like we may have skated by this winter with nary a snowstorm. While I know that’s not necessarily good for the fear-factor hysteria and the coinciding ringing of the cash registers, I can’t help but be happy that we may have escaped another brutal Northeast winter and that means spring is right around the corner.

Kudos, to Linda Doherty and the entire staff at the New Jersey Food Council (NJFC) on another terrific evening. The NJFC held its annual membership meeting at Forsgate Country Club in Monroe Township and an overflow crowd of nearly 300 was on hand. Congrats to Joe Sofia of Wegmans on being named new chairman of the board. You can read all of the details from the event in Maria Maggio’s Soup To Nutz column on page 4 of this issue.

A couple of new supermarkets debuted over the last few weeks and both seem poised for success. A new Foodtown unveiled its banner on Roosevelt Island at 686 North Main Street. The site was formerly a tired Gristede’s store and the 25,000 square foot unit has been entirely renovated and remerchandised with an aggressive pricing format. The store is owned and operated by New York Food Group (NYFG) and will be managed by Freddy Guzman. While local residents would bypass the Gristede’s and walk over the Roosevelt Island Bridge to the Costco or Fine Fare in Long Island City, many of the NYFG execs I spoke with were cautiously optimistic that the new location would win back many of Roosevelt Island’s population.

The other new supermarket to debut was a Food Bazaar located at the Bronx Terminal Market right in the shadows of Yankee Stadium. While this store was a long time in the making, you have to tip your hat to Bogopa CEO Spencer An and his staff, as they really know how to build a supermarket! This site is a brand new store and is the fifth location for the big retailer in the Bronx. No attention to detail was spared in the décor and fixtures. The selling floor space is 68,000 square feet with an additional 15,000 square feet for a food hall. As Spencer noted in his opening remarks, “This is the largest supermarket in the entire borough and we built this specifically for our Bronx customers. A project of this size required assistance from many agencies and most of all from all of our Bogopa employees.” Good luck to both of these operators and stay tuned for more openings from other retailers in March.

Congratulations to Jim Nilsson and Robert Rybick and the team at Geissler’s IGA in Somers, CT, as they were named one of the five retailers for IGA USA’s 2020 Hometown Proud Retailer. The winning retailers were each chosen by their individual IGA wholesaler (Bozzuto’s in this case) as the top IGA retailer of the year based on operations, service, marketing and branding, and community support. In January, each of the five retailers were visited by the IGA corporate executive team to be presented with the award and $1,000 cash to celebrate their win with their store team. At that time, a store evaluation team led by IGA CEO John Ross toured each of the independently owned stores to gather insights about the stores’ operations and customer experience. The information gathered during the store visits will be used to determine which of the five IGA Hometown Proud Retailers will be granted the additional title of IGA USA International Retailer of the Year and honored alongside the IGA International Retailers of the Year being chosen in other IGA countries around the world at the IGA Global Rally in Nashville, TN in March. The other IGA named along with Geissler’s were: Hollister Super IGA, Hollister, CA; Nemenz IGA, Struthers, OH; Grant’s IGA, Bluewell, WV; and North Albany IGA, Albany, OR. Independent Grocers Alliance (IGA) is the world’s largest voluntary supermarket network with aggregate worldwide retail sales of more than $36 billion per year. The alliance includes more than 6,000 Hometown Proud Supermarkets worldwide, supported by 36 distribution companies and nearly 40 major manufacturers, vendors and suppliers known as IGA’s Red Oval Family partners. IGA has operations in 46 of the United States and more than 30 countries, commonwealths and territories.

Congratulations to Christopher Guzman, advertising director at Alpha 1 Marketing as he was installed as president of the Catholic Institute for the Food Industry (CIFI) at the organization’s recent meeting. Joining Chris as officers in 2020 for the charitable organization for will be: Matt DeRupo of Bimbo Bakeries as first vice president; Bob Jordan of Cargill and second vice president; Sean Desmond of Bozzuto’s as third vice president; Greg McCann of Advantage Solutions as treasurer; and Renee Petit of Bozzuto’s as secretary. For anyone looking for more information on the CIFI you can send an email to CIFI1946@outlook.com or check out their Facebook page at www.facebook.com/1946CIFI.

Well, that will wrap it up for now. Check out our trade calendar for all of the events in the area and hopefully I will catch up with you at one of them. As always you can reach me at 201.250.2217 or kevin@foodtradenews.com.