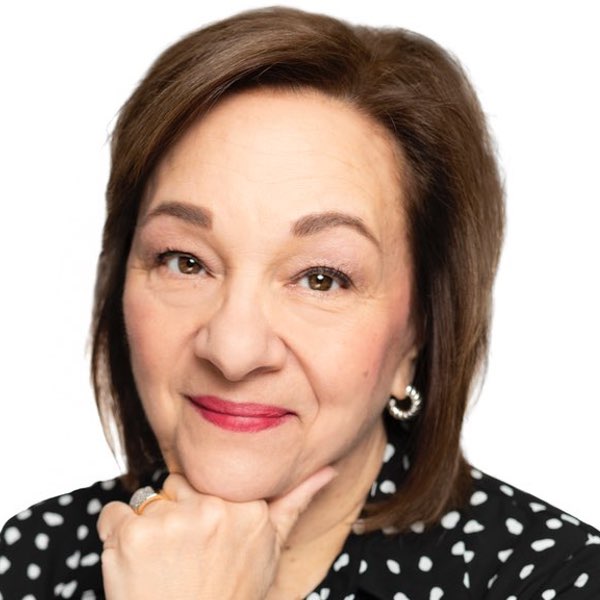 Giving Tuesday was created in 2012, according to their website, givingtuesday.org “as a simple idea: a day that encourages people to do good.” They even offer advice about how to get involved in one’s own local community by creating a directory to help those interested find organizations, events, and ways to give back closer to home. Over the past seven years, this idea has grown into a global movement that inspires people to celebrate generosity.” Well, that’s great, but what about the other 364 days of the year? Enter those of us lucky enough to be in the food industry. I have always said that people in the food industry are some of the most generous on the planet, and not only on Giving Tuesday or the fourth quarter of the year which seems to bring out the charity in most of us. They give all year long. Just ask the folks at Philabundance.

For the 22nd year, 93.3 WMMR radio station presented Preston and Steve’s Camp Out for Hunger – the nation’s largest single-location food drive collecting food items for Philabundance, our area’s largest hunger relief organization. From Monday, December 2 until mid-morning Friday, December 6, Preston and Steve literally camped out in an RV at Xfinity Live at the Wells Fargo Center in South Philly. Along with other ‘MMR personalities, they did their broadcast in front of a live audience giving out prizes and playing games all while accepting food donations. This year, the statistics were out of sight as previous records were shattered. More than 2.6 million pounds of was were collected compared to last year’s total of 1.8 million pounds.  Cash donations totaled $200,000. Area manufacturers came in big with Bimbo Bakeries USA donating 10,000 pounds; Campbell’s Soup, 150,000 pounds; Herr’s, 66,600 pounds; Tyson Foods, 33,044 pounds. Both Bimbo and Herr’s were first year food industry competitors. Acme Markets’ VP of operations Bill Crosby and communications director Dana Ward participated in the broadcast on Monday and announced that they donated over 350,000 pounds of food this year.  This total reflects all Acme stores (even those outside of Preston and Steve’s listening area).  Interestingly enough, the pounds of food are less than last year due to the fact that Acme reevaluated the items and instead of donating a bunch of random canned goods, they provided high protein and whole grain items such as peanut butter, oatmeal, canned tuna, kidney beans, oat cereal, and whole grain pasta. These are the items that Philabundance and the rest of the Feeding America Food Banks are really in need of.  The total  includes the donation of 3,200 turkey dinners for Thanksgiving and Christmas that was made to area food pantries through Acme’s Gobble Bucks campaign.

Acme also partnered with Philadelphia Eagle Zach Ertz and his wife Julie donating more than 100 Thanksgiving dinners to families with cancer affiliated with Bringing Hope Home during the Thanksgiving holiday. Additionally, more than 50 Thanksgiving dinners were donated to military families in partnership with Philadelphia Eagles Vinny Curry and Malek Jackson. Currently Acme Markets are raising money at the registers for the 6 ABC Holiday Food Drive and expect to have a record-breaking year.

Giant/Martin’s got in on the celebration of Giving Tuesday, donating a total of $20,000 to four local organizations across the company’s footprint. Giant/Martin’s joined the global movement designed to celebrate philanthropy and encourage social good. John Ponnett, senior vice president retail operations, said, “We firmly believe it’s our responsibility to be active participants when it comes to enhancing the communities we serve every day, but Giving Tuesday is the perfect time for us to do a little something extra for those who do so much throughout the year.” Locally, The Rachel Way Gluten and Dairy Free Food Pantry in Plymouth Meeting and the Hispanic Center Lehigh Valley Food Pantry in Bethlehem the following non-profits received $5,000 donations. Giant’s Giving Tuesday donation is just one of the donations made during this season of giving. Last month, the company donated a total of 7,000 turkeys to 13 partner food banks located across its footprint just in time for Thanksgiving. They also donated 50,000 pounds of non-perishable food to the Central Pennsylvania Food Bank. Team members visited more than 20 local first responders, surprising them with holiday care packages in recognition of their year-round service to the community.

Continuing the spirit of holiday giving, Giant/Martin’s recently announced that a record-breaking total of $814,223 was generously donated to local Children’s Miracle Network (CMN) Hospitals by its customers during the company’s recent Candles for Kids fundraising campaign. The annual Funds from the Candles for Kids fundraising campaign benefit the following CMN Hospitals in our area:  The Children’s Hospital of Philadelphia, Penn State Children’s Hospital in Hershey, PA, and Geisinger Janet Weis Children’s Hospital in Danville, PA. Giant/Martin’s is one of the top 15 corporate sponsors in the country for CMN Hospitals. Combined with the grocer’s in-store Miracle balloon campaign conducted earlier this year, customers raised more than $2.5 million for local CMN Hospitals in 2019.

Doing their part during this season of giving, Redner’s Market Fresh stores presented a $27,288 check to Make a Wish in November.  On a recent Friday, Redner’s corporate office hosted its 5th Annual Olivet Boys and Girls Club Christmas parties at four sites, serving over 650 kids with food, snacks, presents, crafts and other goodies. Redner’s collects $50,000 and four tractor trailers of toys annually. Donations are taken in all stores and are then donated directly to the community in which they were collected. Earlier in the fall, Redner’s also held its Bag Hunger Program, collecting and donating more than $16,000 to Feeding America sites in the states they serve: Pennsylvania, Maryland and Delaware.

Retailers weren’t the only ones providing food and toys for the underserved. The Mid Atlantic Food Trade Organization (MAFTO) held their annual Christmas for All Kids Monte Carlo Night (and Ugly Sweater contest) on December 6 at the Springfield Country Club. More than 160 people brought an unwrapped toy for a child in the Philadelphia/South Jersey area and celebrated the joys of the holiday season while doing a little funny money gambling playing table games. Event chairman Ron Benjamin of the Star Companies was thrilled with the donations made from the proceeds of the event. Sacred Heart R.C. Church in Camden, NJ once again received two carloads of toys which went on display for sale in Santa’s toy shop. Angels in Motion also received toys for the needy. Kind to Kids, an organization that helps teens who are processing through the foster care program, received 20 backpacks filled with journals, books, gloves and hats plus a Walgreen’s gift card. MAFTO heard about two Delaware County families with medical issues who needed some assistance with their children’s Christmas list during this holiday season. And just like that, Christmas lists fulfilled! The proceeds from the event were more than expected, so it was decided by the MAFTO board to put those funds back into the communities they serve to help make holiday wishes come true.

So, this is how giving is done in the food biz. Easy, peasy, right? If your company would like to participate in Giving Tuesday 2020, visit www.givingtuesday.org for more information. For year round giving and participation in some of their many programs, please visit www.philabundance.org If you want to join MAFTO as they help children in need during the holidays, go to www.mafto.org. You’ll be glad you did.

Need money for college? The Pennsylvania Food Merchants Association (PFMA) is now accepting applicants for the 2020 Thomas R. and Laura Ridge Scholarship. Member company owners, their children, and employees are eligible to apply for the scholarships, which range from $2,000 to $2,500. Applications must be received by March 2, 2020. “This is a great opportunity to earn money to use toward educational pursuits,” PFMA president and CEO Alex Baloga said. “We are very thankful for our partnering organizations: Wawa, Karns, Sheetz, Rutter’s, Giant/Martin’s, and the Northwestern PA Food Council who donate to the Ridge Fund Endowment and help advance the journeys of so many deserving students.” The scholarship’s judging panel selects winners based on academic record, school and community involvement, an essay, and recommendations from school and work. In 2019, 21 students received a total of $44,000 through the program. The Ridge Scholarship honors former the former Pennsylvania Governor Tom Ridge’s father, who was a member of the food industry for 25 years, and his mother, who was a great advocate of education for Tom Ridge, his brother David and sister Vikki. PFMA, the Northwestern Pennsylvania Food Council and the Pittsburgh Association of Manufacturers Representatives hosted dinners through the years to raise money for the fund, which is now an endowment. Since 1996, 556 students have received the Ridge Scholarships, totaling more than $1.1 million. Applications can be found at www.PFMA.org.

Merry Christmahanakwanzika from all of us at Food Trade News. With warm wishes for a peaceful, happy and healthy 2020, Buone feste!

Quote of the month: “If you haven’t got any charity in your heart, you have the worst kind of heart trouble.” Bob Hope