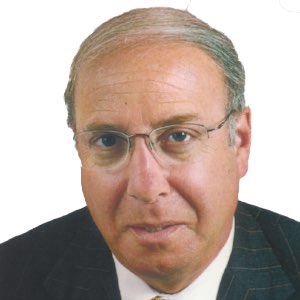 Now that Congress is back in session, one would think there would be a lot of food regulatory and policy announcements but that is not the case. Impeachment hearings have been taking lawmakers away from their normal House and Senate duties. We expect to hopefully be back to some normality later this month…maybe. Dramatic events occurring on the Hill seem to spring up overnight. Then there is the presidential campaign which is likely to dominate much of the attention in the media moving forward into 2020. But there are many activities happening within the food industry besides within the legislative branch, so permit me to bring you up to date.

We all know that online grocery sales continue to rise nationally. So much in fact that online sales have caught the attention of the Center for Science in the Public Interest (CSPI). CSPI is a well-known non-profit organization and they have made a major news media announcement calling on the Food and Drug Administration (FDA) and the U.S. Department of Agriculture (USDA) to monitor and regulate advertising by online grocers based on the results of their recently published study, “Scroll and Shop Food Marketing Migrates Online.”

The study, which monitored the online marketing strategies of six Washington area food retailers – Fresh Direct, Peapod, Safeway, Target, Walmart and Amazon Prime – accuses the grocers of promoting unhealthy food products. CSPI evaluated the healthfulness of products promoted based on the Dietary Guidelines for Americans and the National Alliance for Nutrition and Activity Vending Standards. It found that more than half of the products promoted were unhealthy and that 58 percent of their search result featured unhealthy choices. The CSPI folks attributed the results of its research to trade promotion fees and called for the retailers to disclose them to shoppers and for USDA to use the Supplemental Nutrition Assistance Program (SNAP) as leverage in order to get the online grocers to change their marketing practices. We will see how this unfolds. CSPI is not an organization that backs down from a good regulatory fight.

Last month I promised to keep you up to date on the proposed SNAP cuts Mr. Trump and his cohorts have proposed. Well since my last report, Ohio Congresswoman Marcia Fudge, chair of the House Agriculture Committee on Nutrition, Oversight, and Department Operations, issued a statement of support for a lawsuit brought by a coalition of 14 states, the District of Columbia, and New York City to block implementation of the Administration’s final rule that will strip SNAP benefits from nearly 700,000 hungry people, including military veterans, and place millions more at risk when it takes effect in April.

“These states, with Republican and Democratic governors alike, are correct: their states are best equipped to understand the employment and economic challenges facing their own citizens, and the Administration’s final rule will limit states ability to best provide food assistance to people in need in their states,” said Representative Fudge. Congress rejected similar policy proposals on a bipartisan basis in the 2018 Farm Bill and has consistently given states flexibility in administering SNAP. We will continue to keep you updated on Trump’s plan for more SNAP cuts.

And in a related matter, it’s payback time for the continuing Trump Vs. Obama saga. You will recall that Michelle Obama was the head cheerleader for the enactment of the 2010 Healthy, Hunger-Free Kids Act, which mandated that USDA cut salt, sugar and fat from school meals while putting more fruits and veggies on the cafeteria table. Trump has now ordered USDA to loosen school lunch standards. The American Heart Association says the proposed changes are “unnecessary and put children’s health at risk,” citing the potential impact on childhood obesity rates and cardiovascular health.

Several months ago, I reported to you that the infamous, 100-year-old organization Grocery Manufacturers Association (GMA) was going out of business because of a lot of dissention within its membership ranks. With the new year now comes the Consumer Brands Association (CBA), the successor to GMA. GMA splintered and lost major members like Mars, Nestles and Campbell Soup over disagreements on consumer related issues, including GMO labeling and sodium reduction in food. The new, smaller CBA intends to focus on transparency and other issues important to consumers. RIP GMA. Just proves that trade associations must walk a very fine line to keep their membership happy – no easy task these days!

There are a number of important regulatory issues that should be announced this year that we at Policy Solutions will be monitoring for our clients and this includes readers like you. Traceability is one such issue. Food Safety News has stated that the food industry has not done their job when it comes to adopting uniform labeling and recordkeeping systems and regulators haven’t forced the issue. In this new year USDA has promised “smarter” food safety with a more digital, traceable footprint. This will involve establishing a formal system to basically follow product from farm to fork and the rumored changes we have heard will definitely impact food distributors, manufacturers, and retailers.

Speaking of traceability, an item crossed my desk from Politico that said that a Boston Globe investigation into deadly E.coli outbreaks linked to romaine lettuce found that the FDA relies almost entirely on the voluntary cooperation of the agriculture industry to trace sources and takes little enforcement action against farmers or distributors connected to the outbreaks – in some cases shielding them from bad publicity. Now you understand why traceability will be a hot topic in the new year. Stay tuned.

Talk about a growth industry, plant-based products are growing tremendously. Nationally, the market value of plant-based products grew to $4.5 billion last year, an 11 percent jump over 2018, according to the Plant Based Food Association, a new national group based in San Francisco.

As I’ve been in the legislative business for over 40 years, I know that an awful lot of legislative initiatives start in states like California and then travel eastward. Well now California has the first plant-based food lobby with the formation of the California Plant Based Alliance. They become the first state-level lobbying group organized to advocate for legislation to expand access to plant-based foods. Why California? Simply because the bulk of plant-based firms like Beyond Meat, Impossible Food, and Miyoko’s Creamery are headquartered there. So, we will keep an eye on their legislative agenda to see what sticks to the wall and possibly travels to other state legislative bodies or even to Congress.

Finally, we will be watching closely for the president’s 2021 budget request that is being sent to Congress mid-February. Politico reflected on the importance of this event by saying it was the first time the Trump Administration was planning to publish its annual tax and spending blueprint for the coming year with funding already in place for the current fiscal year. Note: The budget was revealed just before presstime; watch this space next month for an update.

Barry Scher is associated with the public policy firm of Policy-Solutions LLC and may be reached at Bscher@policy-solutions.net