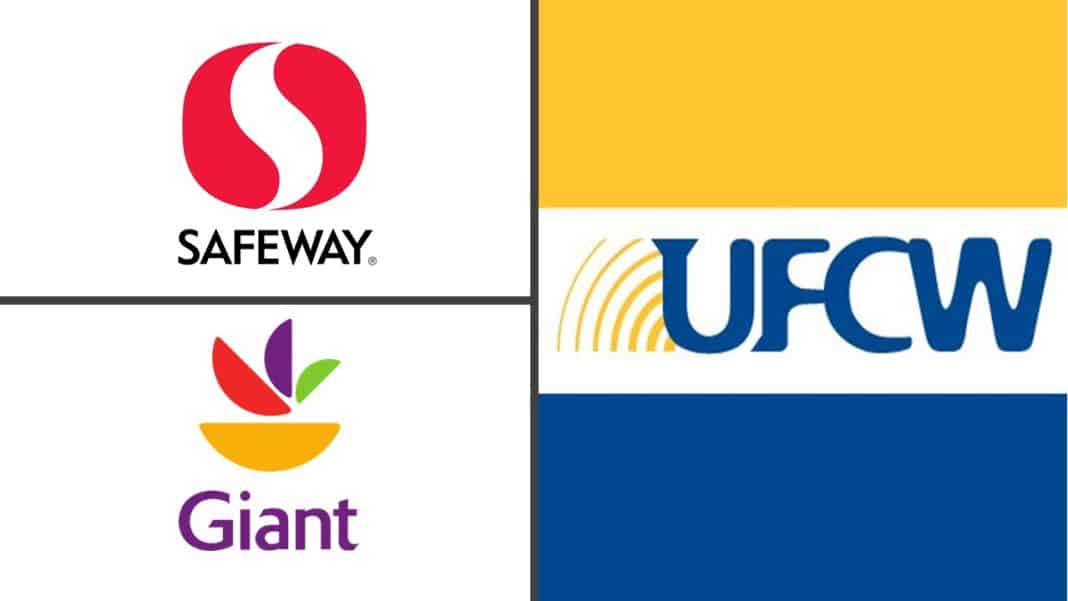 In separate votes with the Baltimore-Washington’s two largest retailers (at locations in Baltimore and Oxon Hill), the nearly 26,000 retail clerks and meatcutters employed at both companies overwhelmingly authorized new pacts that provide for hourly wage gains for all four years, increased minimum wage levels and a maintenance of current health and welfare benefits.

We were also told that all back wages owed since October 26 will be reimbursed within the next 30 days.

Just as importantly, all parties agreed to a creative new strategy to deal with their jointly managed underfunded pension plan (the FELRA plan) which currently has a $1.1 billion liability and could become insolvent by next year.

While Giant and both UFCW locals had worked out a tentative resolution to the gnawing pension fund issue two weeks before the scheduled vote, Safeway offered a slight variable to Giant’s offer, which the UFCW initially rejected. However, at 2:00 a.m. on March 5 (the day of the vote), Safeway and the UFCW finally agreed on a plan much like Giant’s which would guarantee the benefits of the active and retired clerks and meatcutters should the FELRA plan become insolvent.

The creative part of the plan involves the creation of a new variable annuity fund (VAF) which will serve as the financial foundation for all future service benefits. Giant will initially contribute $6 million and Safeway $4.5 million as a stabilization reserve to the VAF that is designed to protect the fund on a long-term basis. Part of the new agreements state that Giant and Safeway will continue to contribute to the VAR for the next 25 years.

As for the existing FELRA multi-employer pension fund, the plan will likely become insolvent in the near future, primarily because all parties could not find a long-term solution to reduce the huge liability which has been increasing for a decade.

However, once probable insolvency occurs, UFCW members at both chains should be protected because the Pension Benefit Guaranty Corp. (PBGC) will likely cover about 70 percent of the more than $1 billion liability. The remainder of the liability will be covered by insurance which both chains maintain for just for such occurrences. Sources told us that Giant will contribute about $35 million and Safeway about $23 million to the FELRA fund to cover any temporary shortfall. The formation of the VAR also creates a new financial pathway to deal with service benefits which used to fall under the old FELRA plan.

“This is the best contract we’ve ever negotiated in the 28 years I’ve been with Giant,” said a department manager at one of Giant’s stores in the Baltimore area. “We got an extra year which provides all sides with more security. Our wages will increase each year and we’ve protected our health benefits and costs. Plus, finally carving out a new direction for the troublesome pension liability is a great strategy that should prevent a worst case scenario from occurring in the future.”

Mark Federici, president of UFCW Local 400, the largest United Food and Commercial Workers local in the country, said: “Both retailers should be commended and applauded for the commitment they’ve made to their retirees. These contracts should serve as a model for other companies to do the same. On a moral level, it was the correct thing to do, and it’s also good business to take care of the people who have helped these companies prosper.”