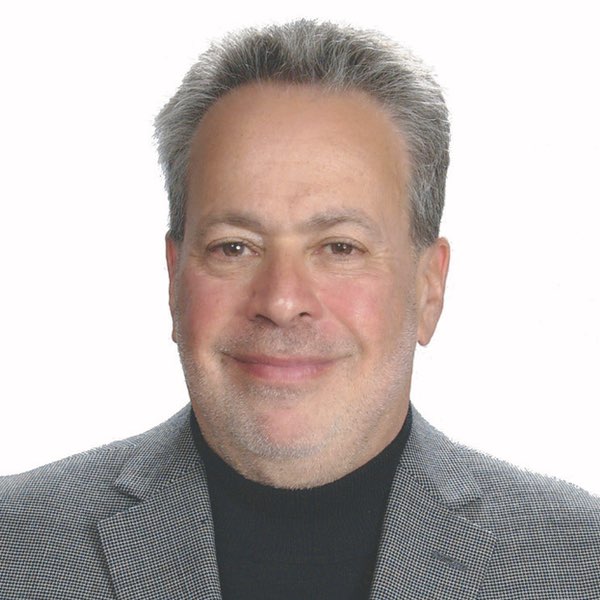 Wegmans’ long anticipated entry into one of the country’s fastest growing and most affluent markets – Raleigh-Durham-Chapel Hill – became reality on September 29 when Wegmans opened the first of its six anticipated stores on Wake Forest Road in Raleigh. The store opening also was the high-volume merchant’s 100th store.

Sources have told us about 3,000 were in line prior to the opening which also set a company’s mark (the store also opened 15 minutes early). And we were told that first-week volume was running neck-and-neck with the company’s best 7-day performance which was achieved in 2011 at the retailer’s Northborough, MA opening. The 104,000 square foot store, which features indoor and outdoor seating for 250 people, will employ approximately 475 associates.

As it continues to expand southward (it opened the first of two Richmond stores in 2017 and a Virginia Beach store in April), the Research Triangle Park area of North Carolina has long been of interest to the Rochester, NY family-owned regional chain. It first announced in January 2016 that it would be entering the market and subsequently added more stores to its expansion plan. Other upcoming North Carolina units include new mega-stores in: West Cary (opens next year); Cary; Wake Forest; and Chapel Hill. A sixth store in Holly Springs is also expected.

After Wegmans first announced it was coming to eastern North Carolina, Kroger said it was withdrawing from the market where it operated 14 supermarkets (it sold eight stores to sister retailer Harris Teeter and one to Food Lion) and Lidl also pulled out of an anticipated new store in Cary.

The Wegmans entry will certainly create even more havoc in a market that’s already undergone major change in recent years. Walmart and Harris Teeter are currently in a neck-and-neck race for market leadership followed by Food Lion. Not only will Wegmans’ presence create major market shifts, but the recent entry of Publix with six current stores (and another unit expected in Clayton as well as a new distribution center currently under construction in Greensboro) and the growth of Aldi (10 current stores and four more to open next year), will also test the established market leaders.

Next up for Wegmans is the long-awaited ribbon cutting at its Brooklyn, NY store, which will open on October 27 as part of a large mixed-use development on the site of the old Brooklyn Navy Yard. The 74,000 square foot store will be the company’s first New York City unit.

One of the most consistent sales and earnings producers of the past decade has been Costco. That trend continued as the Issaquah, WA-based club operator saw total sales increase 7 percent and U.S. comps (excluding fuel) jump a healthy 5.2 percent in its Q4 ended September 1. In the conference call following the earnings release, straight shooting CFO Richard Galanti (the anti-spinmeister) said that Costco will spend about $3 billion on cap-ex during fiscal 2020 including opening approximately 15 new U.S. stores, with most of those ribbon cuttings slated for the second half of the year. Galanti said that Costco’s e-commerce business grew 21.9 percent, bolstered by its ability to sell diamond rings. He added, “We’re close to selling 200,000 carats of diamonds a year. That’s a lot of carats.” There are currently 544 Costco club stores operating in the U.S…excellent story in the 9/24 issue of The New York Times detailing the bungled effort by private equity hotshots 3G and Berkshire Hathaway in their quest to return Kraft Heinz to its halcyon days. In addition to taking a $15.4 billion write-down (that’s right, with a “b”) earlier this year, the company faces potential accounting malpractice charges from securities regulators as well as numerous shareholder lawsuits. Additionally, after laying off thousands of employees over the last five years, another round of job cuts was announced six weeks ago. Last month, “greed is good” hedge fund 3G dumped more than 25 million of its Kraft Heinz shares. As for the creators of zero-based budgeting, perhaps the most anti-people and least effective management strategies (at least for the grocery biz) ever dreamed up, I can’t say that I’m crying a tear for their loss. If the boys from Brazil are really miserable though, I’ll let them have a few paper clips and notepads from my personal collection.

Uncle Giuseppe’s, the impressive high-end independent retailer based in Farmingdale, NY has acquired single-store Turco’s in Yorktown Heights, NY, a retailer of similar ilk. This will be Uncle Giuseppe’s eighth store and its first in Westchester County. Turco’s owner Preston Turco, who’s been on the retail food scene in the area for almost 45 years, is retiring and his friendship with the DelPrete family (Carl and Phil) was integral to making the deal happen. “These people do a similar job that I’m doing on a bigger scale,” Turco, 73, told News Channel 12 in Westchester “They’re very food-oriented. They’re really the real McCoy of today’s supermarket.” The conversion to Uncle Giuseppe’s will occur on October 21. Preston Turco and his wife, Evelyn opened their 38,000 square foot unit in 2000…back to Long Island, which is Uncle Giuseppe’s stronghold, sources tell us that the first Lidl opening will occur on December 11 in Plainview, NY. The Plainview site was part of the Best Market deal, but never opened under that banner. The Raitses family, which sold their company to the German discounter earlier this year, had acquired the site, a former ShopRite location, and planned to open it as a Best Market. Now it will debut as a Lidl, the first of 27 units that will utilize that banner in the next three years. With the King Kullen purchase by Stop & Shop reportedly nearing regulatory approval, Stop & Shop’s recent $133 capital improvement project completed at 21 of its Suffolk County supermarkets, and ShopRite’s recent expansion, “The Island” will soon become one of the most competitive markets in the entire Northeast (it’s almost at that level already)…Giant/Martin’s will open the first of the three Musser’s Markets it agreed to acquire in August on November 1 in Lebanon, PA. The other two former Musser’s units in Columbia, PA and Quarryville, Pa will open one week later. The company said it will also expand its “Choice Rewards” loyalty program chainwide after a successful pilot of the enhanced plan this summer. “When we designed Giant Choice Rewards, we did so with today’s families in mind,” said Matt Simon, chief marketing officer for the regional chain’s 180 stores. “We know no two families are the same so no loyalty experience should be either. Easy to use, our new program gives our customers more of what they’ve been asking for while providing us with a new way to meet their evolving needs, helping us deliver a truly unique customer experience.”…we’ve been reporting for the past few months that the end seems near for the once iconic Dean & DeLuca specialty retail stores and now there’s more evidence that gives support to that theory. The company, now owned by Thailand-based Pace Development Corp., has shuttered its flagship location in the Soho section of Manhattan (560 Broadway). A sign on the door said that the closing was only temporary, but I’ve got my doubts. Over the past year, there have been numerous reports that the parent company has missed supplier payments, encountered out-of-stock issues (the inventory is a joke) and has closed more than 35 stores since Pace acquired Dean & DeLuca for $140 million in 2014…one of the nicest and most generous people in our business is Bob Unanue, CEO of Goya Foods. Unanue and his dynamic firm recently delivered 180,000 pounds of food to the citizens of Venezuela, a country that sadly, under the dictatorship of Nicolas Maduro, is among the worst human rights violators in the world. Unanue told Fox News that Goya wants to donate even more food, but the government is so corrupt it has been difficult to find a pathway for delivery…Hannaford reportedly is planning to open its westernmost store in Fayetteville, NY (about six miles from Syracuse). The Portland, ME-based retailer, which operates approximately 50 stores in the Empire State (190 total), is seeking to build a 53,000 square foot unit at the site of a former manufacturing facility…and just before presstime we learned that Village Super Markets, the second largest Wakefern  member with 30 ShopRite stores, acknowledged in an SEC filing that it indeed has acquired Gourmet Garage, the three-store upscale Manhattan specialty merchant, for $5.27 million. Food Trade News was the first to report earlier this summer that the two parties were close to a deal. Also contained in the filing was the fact that Wakefern will own the Gourmet Garage name. The deal marks the first Manhattan entry for the Keasbey, NJ-based co-op or any of its members.

There are several obits to report this month including Diahann Carroll, who was the first African-American actress to win a Tony Award. Born Carol Diahann Johnson in New York, she also was the first African-American actress to have her own weekly TV show – “Julia” (1968-1971) – in which she played a widowed nurse and certainly defied the stereotypes of the day for black actors. Other notable roles for Carroll were in the 1974 film “Claudine” and as Dominique Deveraux, the nemesis of Joan Collins in the highly-rated primetime soap opera series “Dynasty” (1984-1987). All told, in addition to many Broadway roles, Carroll appeared in 58 movies and TV shows. She was 84…also departing the planet was Ginger Baker, one of the greatest drummers in rock music who is best known from his days with Cream, the great British rock band that also featured Jack Bruce on bass and Eric Clapton on guitar. Baker, along with Led Zeppelin’s John Bonham and the Who’s Keith Moon, were considered drumming royalty among the British invasion bands that first came on the scene in the mid-1960s. Baker’s ferocious style matched his fiery personality, but his playing could also be sophisticated and subtle. In fact, Baker considered himself a jazz drummer and cited Elvin Jones and Max Roach, two of the greatest drum kit masters, as his primary influences. An example of his stellar playing can be found on many Cream songs – one of my favorites was “White Room” (1968). Listen to the opening and you’ll understand. Baker was 80.